A local community with world class recognition, The Village of Pinecrest boasts natural beauty. Pinecrest’s  A-rated schools  have been singled out as the best in the country, and attact buyers to the area for that… and for it’s large, acre lots.  The area is home to approximately 19,454 residents, and encompasses eight square miles and is located just 20 minutes south of Miami International Airport and Downtown Miami.

During the construction of the Overseas Railroad to the Florida Keys in the 1900’s, railroad tycoon Henry Flagler used the property at US 1 and 102 Street as a staging area. Pinecrest continued to grow in the 1930’s as the community evolved with the establishment of Parrot Jungle and Gardens, one of 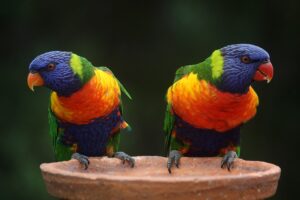 the very first tourist attractions in the area. Franz and Louise Scherr founded the Jungle on 20 acres of property in 1936 and it became famous worldwide, with visitors like Winston Churchill visiting the attraction. Parrot Jungle recently moved to the causeway, on the way to Miami Beach… and  Pinecrest Gardens and Community Center now occupy what was formerly Parrot Jungle.

For many decades, the Miami Serpentarium was another local Pinecrest attraction,  at the corner of US 1  and SW 128th Street.  It closed in the 1980’s, and Esslinger Wooten Maxwell Realtors’ Pinecrest/Palmetto Bay office now sits at that location.

The Kendall Post Office was also once in Pinecrest  … at  SW 98th Street and South Dixie Highway… in the space now known as The Captain’s Tavern … a local fish store and restaurant offering two-for-one lobsters on Tuesday nights …. unadvertised… and known about through word of mouth.

Pinecrest flourished during the 50’s and 60’s with the construction of ranch style homes on acre lots, which laid the foundation for its lushly landscaped and rural residential character.

During the 1990’s, Pinecrest experienced rapid growth and residents Evelyn Langlieb Greer and Gary Matzner were inspired to incorporate the area.

On March 12, 1996, The Village of Pinecrest was officially incorporated. Greer became the first mayor and served for two terms, followed by Matzner in 2004.   The establishment of municipal services, such as police, parks and recreation, building and planning services and public works is credited to the founding Village council and Village Manager Peter G. Lombardi.