History Of The Key Biscayne Lighthouse

In July of 1824, the United States Congress contracted Samuel B. Lincoln of Boston to build the lighthouse at the tip of Key Biscayne. With his plans and 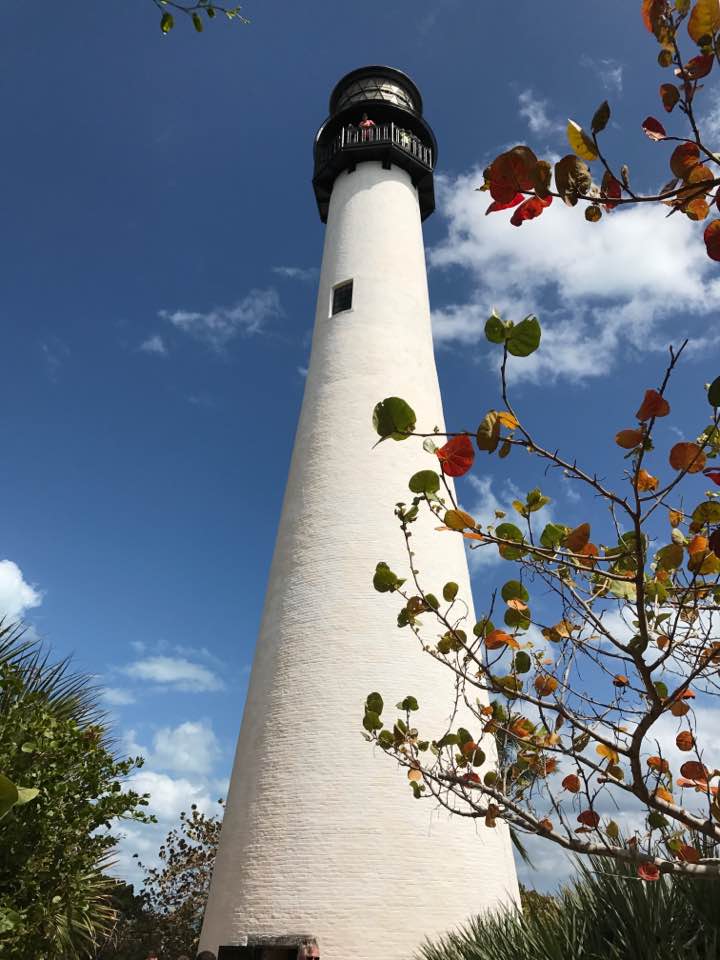 materials in hand, Lincoln set sail the following month but never arrived. It was assumed his ship sank and left no survivors.

This 65-foot lighthouse, with its wooden staircase, was to guide sailors as well as serve as a lookout to protect the area from pirates, Indians and other invaders.

Noah Humphreys took over the project, and by the end of 1825, the sixty-five-foot brick tower was finally completed.

John Dubose was appointed to serve as the first lightkeeper. He, his wife and five children became the first American family to take up permanent residence on the Key.

Eleven years after opening, while the Dubose family were away, a band of Seminole Indians attacked the tower, burned the wooden structure inside and pillaged the cottage. Several years later, the lighthouse was rebuilt and operating once again.

After Florida seceded from the Union in the 1860s, the lighthouse was again damaged. It went in and out of service several times over the next 100 years for various reasons, including tropical storm damage and lack of funding. The lighthouse was restored and reopened in time for Miami’s Centennial Celebration in 1996.

The Key Biscayne lighthouse now sits on the U.S. National Register of Historic Places and is a prominent icon for our island.

You can learn even more about the history when you visit the lighthouse. Tour the keeper’s cottage which is a replica filled with antiques and artifacts that give you a glimpse of the life of a secluded lightkeeper’s family.

Experience a slice of American history at the very tip of Key Biscayne – during a time of fighting Indians, dangerous pirates and tropical storms.

The historical events of yesterday have led us to the peace, tranquility, and serenity that we enjoy today on our beautiful island paradise known as Key Biscayne.

NAR’s 2021 Buyer-Seller Report: Moving Earlier, Selling Quicker By Kerry Smith Between July 2020 and June 2021, U.S. homes sold at a record pace. However, many owners didn’t stay in their home as long, with average tenure dropping from 10 years in last year’s report...

The Most Comprehensive Report On The Luxury Lifestyle

Berkshire Hathaway HomeServices, the defining voice in the luxury real estate industry, and The Wall Street Journal’s Mansion Global Custom Studios bring you the 2021 Global Luxury Landscape Report. The report delves deeply into the inner workings of the world’s...

This is one of the most comprehensive reports for our South Florida markets.  Flip through and enjoy. The ability to download the report is the icon in the upper righthand corner of the page.